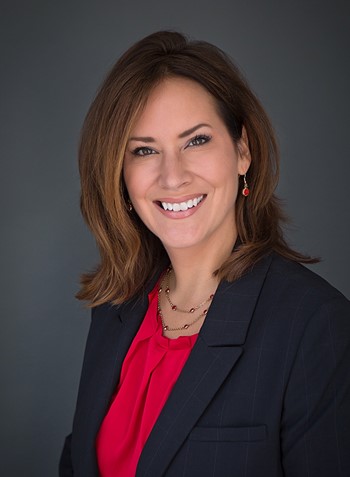 Valerie moved to Memphis, TN from Michigan in 1993 and worked as a Property Manager for a large, upscale multi-family community. She was quickly promoted to Marketing, Leasing and Special Projects Manager. During that time she gained significant experience performing as Leasing and Property Manager for eleven CBD historic residential and commercial landmark properties.

In 1998 Valerie accepted a position as Director of Facilities and Property Management for one of the largest home healthcare companies in the country. Her responsibilities included national site selection and lease negotiation for a portfolio of over 300 properties. She conceived and lead an initiative that saved the company 4.2 million dollars annually. When the company was sold, Valerie went on to work for a well-known commercial real estate firm in Memphis, TN where she represented a diversified group of properties including office, retail, industrial and medical office buildings. She was also an intermediate for major tenant improvement projects; which included job costing and material selection.

Valerie served on the Board of Directors at Rochelle Center from 2006-2013, Advisory Committee from 2013-2017 and now back to being an active Board member in 2017. During her time serving on the board, Valerie co-chaired Chukkers for Charity and Car Show seven times. Rochelle Center and Saddle Up! are the two beneficiaries of this annual event.

Valerie and her family live in Green Hills and have two amazing rescue dogs.

in 2003, while working on a team (CRESA Partners/The Blonder Group) retained to perform a headquarters site search for Louisiana Pacific, Valerie relocated to Nashville, TN. These transactions included locating LP's corporate headquarters in downtown Nashville, their R&D in Franklin, and their aircraft operations center in Smyrna.

Valerie was actively involved in several notable transactions during her time with The Blonder Group, LLC. Her favorite deal was in 2005; being retained to represent SONY BMG Music Entertainment, the world’s largest entertainment company, with the sale of its Nashville headquarters, located in the heart of Music Row. The 23,443 square foot building and adjacent parking lot are located at the corner of 16th Avenue South & Music Square East. In addition to housing Sony’s label operations, the building is home to Owen Bradley’s historic recording & production studio, known as the “Quonset Hut.”